A friend of mine forwarded me this email the other day (thank you Sharon) and I thought I would share. Here Goes:

For all the scientists out there, and for all the students who have a hard time convincing these people regarding the truth of the Bible, here’s something that shows God’s awesome creation, and that  He is still in control.

Did you know that the space program is busy proving that what has been called ‘myth’ in the Bible is true?

Mr. Harold Hill, President of the Curtis Engine Company in Baltimore ,Maryland , and a consultant in the space program, relates the following development.

‘I think one of the most amazing things that God has done for us today happened recently to our astronauts and space scientists at Green Belt, Maryland .

They were checking out where the positions of the sun, moon, and planets would be 100 years and 1,000 years from now. We have to know this so we won’t send up a satellite and have it bump into something later on in its orbits.

We have to lay out the orbits in terms of the life of the satellite and where the planets will be so the whole thing will not bog down..
They ran the computer measurement back and forth over the centuries, and it came to a halt..

The computer stopped and put up a red signal, which meant that there was something wrong with either the information fed into it or with the results as compared to the standards.

They called in the service department to check it out, and they said, ‘What’s wrong?’ Well, they found there is a day missing in space in elapsed time.

They scratched their heads and tore their hair out. There was no answer.

Finally a Christian man on the team said, ‘You know, one time I was in Sunday School, and they talked about the sun standing still.’ While they didn’t believe him, they didn’t have an answer either, so they said, ‘Show us, ‘

He got a Bible and went to the book of Joshua where they found a pretty ridiculous statement for any one with ‘common sense.’

There they found the Lord saying to Joshua,

‘Fear them not, I have delivered them into thy hand; there shall not a man of them stand before Thee.’

Joshua was concerned because he was surrounded by the enemy! And if darkness fell, they would overpower them.

So Joshua asked the Lord to make the sun stand still! That’s right… ‘The sun stood still and the moon stayed and lasted not to go down about a whole day!’
(Joshua 10:12-13)

The astronauts and scientists said, There is the missing day! They checked the computers going back into the time it was written and found it was close but not close enough.

The elapsed time that was missing back in Joshua’s day was 23 hours and 20 minutes. not a whole day.

They read the Bible, and there it was about [approximately] a day. These little words in the Bible are important, but they were still in trouble because if you cannot account for 40 minutes, you’ll still be in trouble
1000 years from now.

Forty minutes had to be found because it can be multiplied many times over in orbits. As the Christian employee thought about it, he remembered somewhere in the Bible where it said the sun went BACKWARDS.

The scientists told him he was out of his mind, but they got out the Book and read these words in 2 Kings that told of the following story:

Hezekiah, on his death bed, was visited by the prophet Isaiah who told him that he was not going to die.

Hezekiah asked for a sign as proof. Isaiah said ‘Do you want the sun to go ahead 10 degrees?’

Hezekiah said, ‘It is nothing for the sun to go ahead 10 degrees, but let the shadow return backward 10 degrees.’ Isaiah spoke to the Lord, and the Lord brought the shadow ten degrees BACKWARD! Ten degrees is exactly 40 minutes!’

Twenty-three hours and 20 minutes in Joshua, plus 40 minutes in Second Kings make the missing day in the universe! Isn’t it amazing? 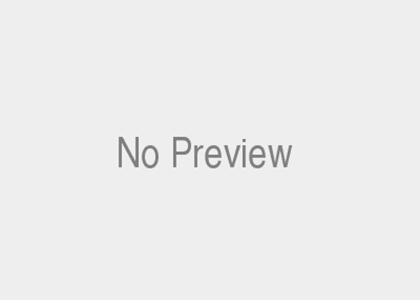 I don’t know what I would use this for, but it would be cool to play with this! Night Vision Infrared Goggles
Read Story

Hey everyone! This is my personal blog. Sometimes I would love to mention something on my other blog, Healthfultips, But that blog’s focus is health. Sometimes I have …
Read Story

The Prisoner was one of those shows that totally messed me up when I was a kid. I wasn’t sure if I understood it-but then I don’t think …
Read Story

Our website is made possible by displaying online advertisements to our visitors. Please consider supporting us by disabling your ad blocker.